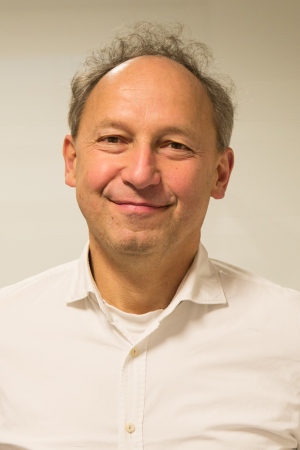 Jens is the Founder and Managing Partner of Ikarus Capital. He has more than 18 years of banking experience in the European Renewables, Power and Utilities sectors. He has senior level transaction experience in M&A, private capital raising, equity capital markets, project finance, acquisition finance, debt capital markets and development finance. He was involved in more than 25 transactions in the sector with a total value of more than EUR 20bn.
Prior to Ikarus Capital, Jens was Global Co-Head of Cleantech and Renewables at Piper Jaffray, a full- service global investment bank, and before that he has been Global Head of Renewable Energy, Head of Utilities Debt Origination, and Senior Project and Acquisition Finance Director at Dresdner Kleinwort.
Jens also has been Project Manager for the Indian Power, Mining and Banking sector, at KfW Development Finance, and Environmental Economist for The World Bank. Jens holds an MPA from Harvard University (Kennedy School of Government) and a Master’s Degree in Economics (Diplom-Volkswirt) from the University of Tuebingen, Germany. 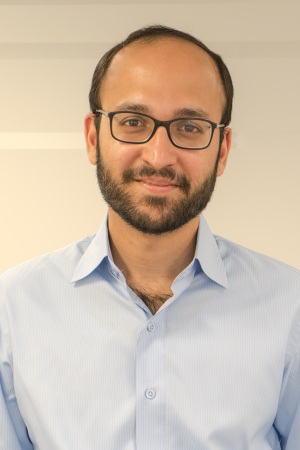 Surjo is a Partner at Ikarus Capital with primary responsibility for financial structuring and advisory. He joined Ikarus in 2012, and has worked on most of our transactions in PV Solar and Wind. Prior to joining Ikarus, Surjo was Partner at Absolute Energy Capital, a Renewable Energy advisory and investment boutique firm, and before that he was a member of the Renewable Energy Investment Team within Global Principal Finance at Deutsche Bank with responsibilities including the structuring, valuation and execution of renewable energy transactions across the full spectrum of technologies within the sector.
Before becoming an advisor in the Renewable Energy sector, Surjo worked in two other financial institutions, first as member of the Utilities M&A and Financing team of Dresdner Kleinwort, working on several transactions involving major European utilities, and then in Goldman Sachs’ Hedge Fund Strategies group, the bank’s fund of hedge funds business, on a team managing USD 24bn for large institutional clients and investing in several of the most globally reputed hedge funds. Surjo has an MBA from the Indian Institute of Management Ahmedabad, India, and a B.Sc. (Honours) in Economics from Presidency College, Calcutta University, India. 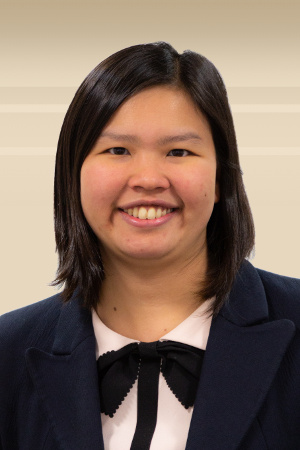 Candice is an Executive Director at Ikarus Capital with primary responsibility for financial advisory and deal execution. She joined Ikarus Capital in 2018, and has more than 12 years of experience in the Infrastructure and Utilities sectors, both as an investor as well as a financial advisor.
Prior to Ikarus Capital, Candice spent 9 years as an investment professional in GIC, the sovereign wealth fund of Singapore with more than US$100m of assets under mangement, working in the Infrastructure and Private Equity departments. She was responsible for the evaluation and execution of transactions in the renewables, transportation (ports, airports, rail leasing), water and electricity sectors. During her time at GIC, she was also an Alternate Director for ABP, a UK ports group, and Railpool, a German based rail leasing company.
Before working in GIC, Candice was a member of the Utilities and Infrastructure M&A and Financing team of Dresdner Kleinwort. She worked on several transactions across the renewables and thermal generation space, involving major European utilities. Candice holds a BSc in Economics from London School of Economics and Political Science. 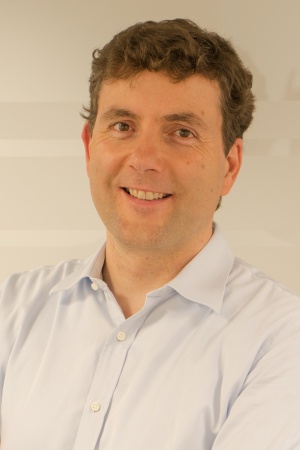 Peter is a Senior Advisor at Ikarus Capital focusing on our activities in France and Benelux, and also looking at Scandinavia and some emerging markets. Previously, he was Managing Director Europe of Global Capital Finance, an M&A advisory firm specialized in renewable energy infrastructure transactions, and headquartered in New York and Frankfurt.
Prior to becoming a financial advisor, Peter was Group VP, Corporate Strategy and Development, at Alstom, one of the world’s leading companies in power and transport infrastructure. Prior to this position, he was VP, Strategy and M&A, for the renewable power division of Alstom, comprising the hydro, wind, ocean, solar, and geothermal businesses. During his time at Alstom, Peter has been a member of the Board of Directors of AWS Ocean Energy and has been a member of the Investment Committee of Aster Capital, a clean tech VC fund sponsored by Alstom, Rhodia, and Schneider Electric.
Peter also has an extensive background of more than ten years in strategy consulting, first with Andersen Consulting (now Accenture) in Brussels, then with Bain & Co. in Paris, and more recently with Cleanreturns in London.
Peter holds a Master's degree in Quantitative Economics from the University of Antwerp, Belgium, studied Economics and Finance at the University of Warwick, UK, and holds an MBA from INSEAD. He also participated in an executive program focused on M&A at The Wharton School, Philadelphia. 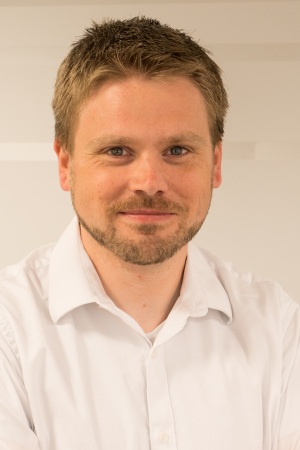 André is a Vice President at Ikarus Capital, supporting the team with financial modelling and in-depth market research. He joined Ikarus in 2014, and has a broad experience as a financial analyst and controller in commercial real estate and solar PV in multiple countries. Prior to joining Ikarus, André was Corporate and Financial Controller at ib vogt GmbH in Berlin. He was working on the valuation of solar PV projects in UK and Asia, he was responsible for group cash-flow monitoring and forecasting, and he was supporting commercial contract negotiations (EPC, PPA).
Before entering the renewable energy sector, André was a Business Analyst at Footlocker Europe, and a Project Controller at SNS Property Finance in the Netherlands, where he was the analyst responsible for its commercial real estate portfolio in Germany, running scenario analyses and managing the monthly reporting. André also has been German Air Force Operational Controller at several Air Force Bases in Germany. André holds an economics degree of Helmut Schmidt University Hamburg, and obtained a Certification for Operational and Financial Controller at the Federal Academy for Defence Administration and Training in Mannheim. 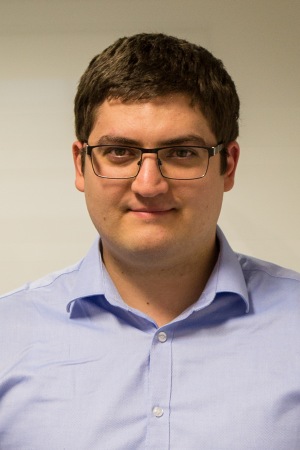 Deniz joined our team in January 2018. He holds a Master’s Degree in Finance from The University of Dundee, where he was honoured with the best student of the program and the best dissertation awards. He also holds a Bachelor Degree in Banking and Finance from Near East University in Cyprus. During his study he succeeded courses on Financial Modeling.
Deniz joined Ikarus after he completed an internship program in the company, where he showed a keen interest in the Renewables sector.
Deniz is fluent in English, Russian and Turkish. 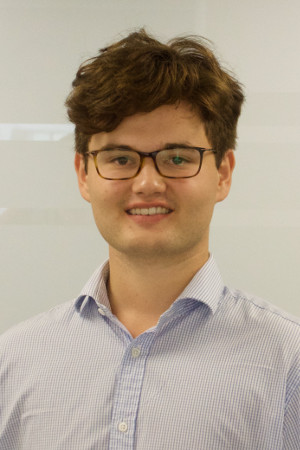 Tom joined Ikarus Capital in September 2020 after completing a Master’s Degree in Finance from Warwick Business School. During his study, he has completed financial modelling courses and is proficient in MATLAB and Python. Previously, Tom achieved a First in Economics from Durham University and has completed internships in M&A and financial advisory. 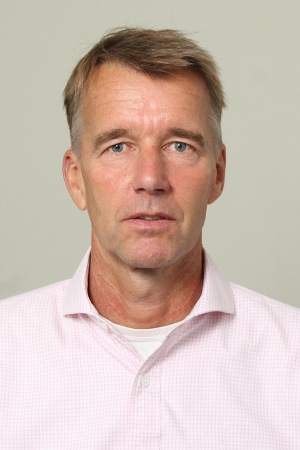 Jörg is a Senior Advisor at Ikarus Capital since 2019. Previously he was Managing Director and Head of Acquisition and Infrastructure Finance at Mizuho Bank in London. During his 17 years with Mizuho he held senior roles in London and Hong Kong covering a wide range of debt origination and structuring roles including LBOs, infrastructure, corporate acquisitions and M&A. In recent years he was leading the cross-over and infrastructure debt initiative for the business. He was a member of Mizuho's front office credit and investment committee. He has led debt transactions across the rating spectrum for a large number of sponsor and corporate clients.
Before joining Mizuho, Jörg was a Director at Dresdner Bank / DrKW’s debt origination and acquisition finance business in Frankfurt and London for 5 years. He started his professional career at Price Waterhouse in Frankfurt and London.
Jörg holds a Phd (Dr rer pol) and a masters degree (Dipl Kaufmann) in business and finance from JW Goethe University in Frankfurt. 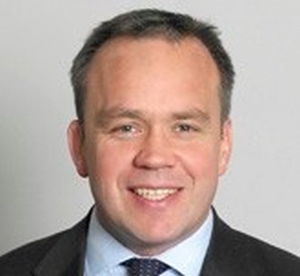 Andrew is a Senior Advisor at Ikarus Capital since 2016. Previously, he led Evercore’s renewable energy advisory activities in the UK & Europe and was involved in numerous transaction in the solar and wind sectors. Outside of renewables, Andrew also has wide M&A experience in thermal generation, both in M&A and project finance.
Prior to Evercore, Andrew was a Partner and Managing Director at Lexicon Partners, a Director of the European Utilities investment banking team at Citigroup and in Schroders’ Energy & Utilities team.
He qualified as an ACA with Arthur Andersen in Dublin. He has a first class degree in Commerce and a Diploma in Professional Accounting from University College Dublin, and is a member of Chartered Accountants Ireland.